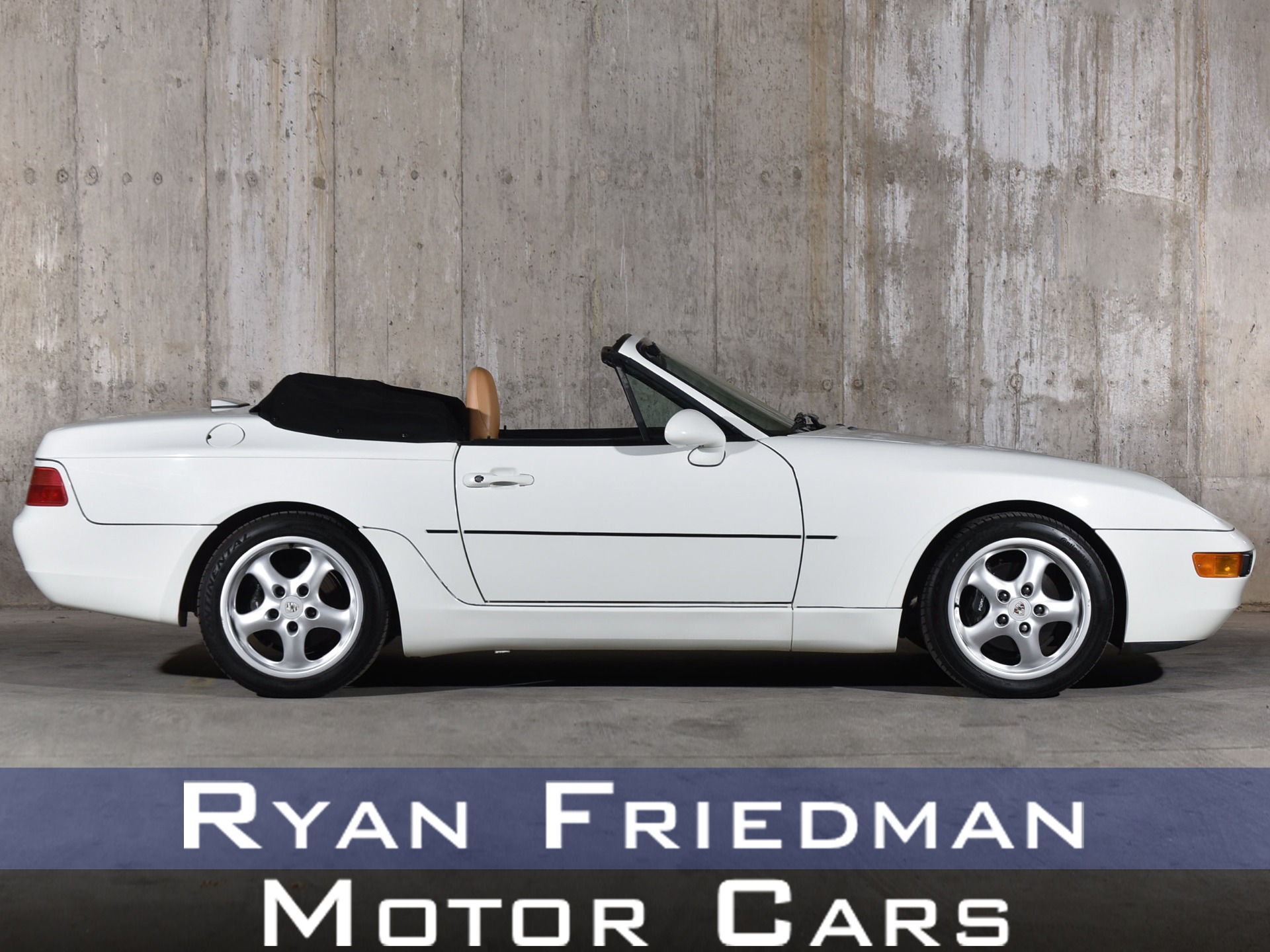 Call Us! 516-888-9000
1994 Porsche 968 6-Speed Cabriolet: An Important And Very Low Volume Model That Represents The Peak And Final Progression In Porsche's Notable 4-Cylinder 9XX Range And Boasts Visual Styling Cues That Are Reminiscent Of Both Porsche's Legendary 959 Supercar And The Now-Even-More Celebrated 993 911! With A Production Span Of 4 Years, 1991 To 1994, Approximately 2,008 Out Of The 4,242 968s Made For North America Were Cabriolets, With Only 1,447 Out Of Those 2,008 Having Been Specified With A Manual Transmission. 1 Of Only 681 N.A Designated Cabriolets Produced For The 1994 Model Year, This Grand Prix White (1 Of Only 349 N.A Cabriolets To Don This Exterior Color) Over Cashmere Leather Example, Features A Low Mileage Of Only 36,XXX Miles, Displays A Clean Carfax Report And Benefits From A Recent And Complete Servicing Rendered By Our In-House Porsche Tech With 30 Years Of Expertise (Servicing Specifics Are Available Upon Request)!
The 968's Notoriety: Acting as the predecessor to the 944, the 944's successor retained the best parts of the model it replaced whilst being catapulted to being even more of a sports car by having significant mechanical alterations conducted by Porsche. Though the marque's entry-level car at the time, its performance and handling capabilities were relatively impressive, and today, this continues to remain the same (though even more so now, due to its analog driving nature)! All 968 cabriolets were all once coupes, however, during the manufacturing process, they were sent to ASC for the cabriolet conversion. Its exterior design language that's reminiscent to that of the highly famed 993 911 (which wasn't in production during the 968's initial introduction) and the $1,000,000.00 plus trading 959! Prior to today's 718 Boxster, the 968 was the last model to utilize a four-cylinder engine, while also being Porsche's last new car before the debut of the Cayenne to be front-engined.

The Aesthetics: When viewing this 968 Cabriolet, your presence is greeted by its classic Grand Prix White finish; a black soft-top; the 993 and 959-esque styled front end, to include the front fenders and mirror housings; front bumper integrated turn signals; 17-Inch 993 Look wheels (showcased in front of brake calipers with white 'Porsche' script) with center crests in color; headlights that 'pop-up'; with a single exhaust pipe completing the exterior.
Inside: When entering the cabin, your occupancy is welcomed by a Cashmere leather interior accentuated by stitching on select areas. The driver is faced with a black 4-spoke sports steering wheel; black instrumentation dials with orange needles; and the 6-speed manual transmission. Both occupants are embraced by the power-adjustable seats that perforations and stitching. The cabin's audio experience is provided by the factory optioned, Porsche/Becker CR-1 Radio/Cassette system.
Performance: The rear-wheel-drive 968 is powered by a front-mounted and naturally-aspirated, 3.0L inline-four-cylinder engine, that when new delivered a potent 236-hp and 225 ft-lbs of torque with performance figures of 0-60 in an estimated 6.3 seconds, with a top speed of 156 mph.